Arts District! "..one of the best kept secrets in Boynton Beach!" 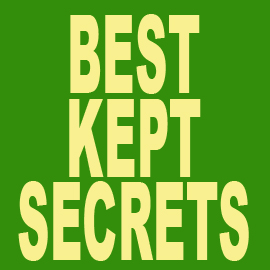 
Jamaican beef patties, chicken and dumplings, stuffed sausage, broccoli semolina bread and grass-fed beef sliders are just a few of the culinary treats sampled by two-dozen gastronomic adventurers and history buffs as they toured downtown Delray Beachand Boynton Beach on the Taste History Culinary Tour organized and run by Delray Beachresident Lori Durante.
On a recent weekend about 25 people boarded the mini-bus for the four-hour tour, leaving from Macy's at the Boynton Beach Mall and headed south down Congress Avenue to Delray Beach, which according to Durante, who narrated the tour, was originally named Zion.
Durante has been running historical tours of Delray Beach since 2004, showcasing early history and highlights of the city from its first Midwest founders, William Linton and David Swinton, to early landowners including Henry Flagler and William and Sara Gleason.
Since adding the culinary component last year, intrepid tourists and locals are treated to tapas at Papas Tapas in Delray, Italian pizza and hors d'oeuvres at Scuola Vecchia, and soul food at Donnie's Place in the historic Delray neighborhood of northwest and southwest Fifth Avenue.
"Donnie's is a true cultural and unique experience. They serve really good, down-home, hearty food such as fried chicken wings, pigeon peas with rice and cornbread," Durante said.
As an avid viewer of the Food Channel and Travel Channel, Durante got the idea to combine her two loves of gastronomy and history.
"I am humbled by the success of the tours and it is gratifying to share my passion for the historical and educational significance of food and the cuisines pertaining to various cultures, Florida history as well as the migration and immigration of different peoples to our area," she said. "The restaurants may change, but the history stays the same."
As the mini-bus pulled into the Office Depot plaza in Boynton Beach, two dozen passengers debarked and entered Palermo's Bakery, where the host and owner, Anna Orlando, put out a large tray of pastry and antipasta salad with stuffed bread.
Connie and Larry Orell of Wellington were enthusiastic about the tour.
"We're having an awesome time and we had some great tapas, fried bananas and pizza," Connie Orell said.
Likewise, Roselyn and Irwin Alberstat of Palm Beach were upbeat about the tour and their guide.
"Lori is very knowledgeable and always smiling," Roselyn Alberstat said.
They had seen the tour advertised in the newspaper and decided to join.
Although they live locally, Roselyn Alberstat said she had never been to the gardens at the Sundy House and enjoyed touring them. "Four hours may seem like a long time to spend on a tour but it doesn't feel like four hours," she said. "It is a thoroughly enjoyable outing and Lori is very organized."
What was her husband's favorite part of the tour so far?
"Without a doubt, the food," he exclaimed, while sampling the pastries at the bakery.
Palermo's, owned by Anna and Dominick Orlando for the past 10 years, is one of the favorite tour stops.
Originally from Bensonhurst, Brooklyn, the Orlandos have brought a little bit of Little Italy toBoynton Beach.
Everything is homemade and their sfogliatelle, the Italian clam-shell pastries, are imported daily from The Bronx Bakery on Arthur Avenue in the Bronx, they said.
Other points of interest on the tour are the historic Boynton Woman's Club, where the group visited the 1926 historic building designed by architect Addison Mizner, dropped in on chef Chrissy Benoit at the Little House restaurant and sampled beef patties at the Bun Bun Authentic Jamaican American Café.

- the Secret Garden cafe, where pastry chef Bonnie Brown of Bonniesbestbites.com, whipped up some delicacies for the group.
"The highlight of the tour for me was visiting the Boynton Beach Woman's Club and learning about its history and sampling the baked goods at Palermo's Bakery," said Arline Kiselewski, the secretary of the Palm Beach Gardens Historical Society who arranged for a private tour for members and guests of the society.
"We learned a lot about local history that we didn't know and I especially like that Lori throws in the tastes of different ethnic cuisines. She knows how to do it right."
Taste History Culinary Tours of Historic Delray Beach and Boynton Beach take place on the third and fourth Saturdays of the month; and Taste History Culinary Tours of Historic Lake Worthand Lantana are on the second Saturday of the month.
Tours are open to everyone and cost $35 per person, free for children younger than 18 (maximum five children free). Advance payment is required. To purchase tickets online visit TasteHistoryCulinaryTours.blogspot.com or call 561-243-2662.
Copyright © 2012, South Florida Sun-Sentinel