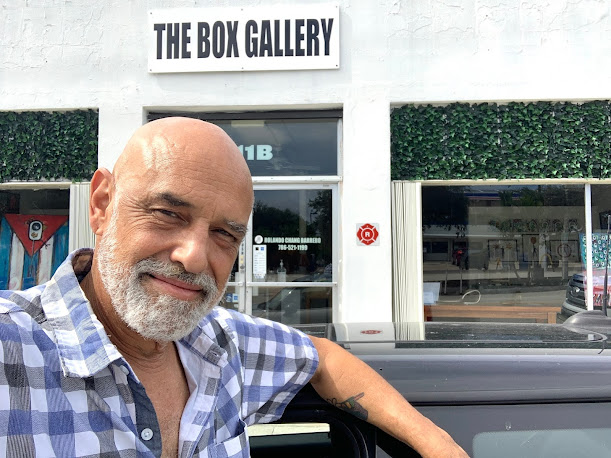 While Cubans and other Hispanics continue to struggle for equality, a West Palm Beach artist is at the root of that crusade. His art may make you think twice – whether it’s in a subliminal message or one of his more controversial exhibits.

Inside The Box Gallery in West Palm Beach, curator Rolando Chang Barrero, also known as “The Bird Man,” creates his next piece.He’s not only an artist but an activist.

“It’s a powerful means of communication,” Barrero said. “Whether it deals with Cuba, homosexuality, because I am gay, the artwork also stems from that larger-than-life image. So, it hits you.”

Rolando uses current headlines and historical events as his influence. He exposes problems and gives them a silent voice of expression.

“We’ve taken the time to deal with social issues, which includes race and ethnicity,” Rolando said.

Whether it’s the 2018 Parkland school shooting at Marjory Stoneman Douglas High School or showcasing other artists, like Dominic Esposito’s “The Opioid Spoon Project,” Rolando said he knows what it’s like to struggle growing up in Miami.

His parents are from Cuba and sought political asylum in the United States.

“It was the '60s, and there was no Hispanics,” Rolando said. “And racism was at its peak. Life changed in kindergarten. We had to go out and mix with other kids. We were the ones that stood out. It wasn’t once or twice that we would come home beat up. That was a sign of the times in this country.”

He said inequality is still rampant, but he uses it to promote positive change in the community.

Rolando said it’s important to value yourself, adding that fighting for that value is the only way Hispanics will be on an equal playing field.

Rolando said he has always drawn outside the lines – using art to make people think outside the box, which he said he wants to instill in young artists.

“As soon as they put a drawing pencil to paper or a brush to a canvas, that’s a powerful medium. And if you’re going to paint flowers, make sure it’s the most beautiful flower in the world and that it resonates with the broadest amount of people," he said.


Posted by Rolando Chang Barrero at 5:33 AM