The British Are Coming to BBAD! September Art Walk 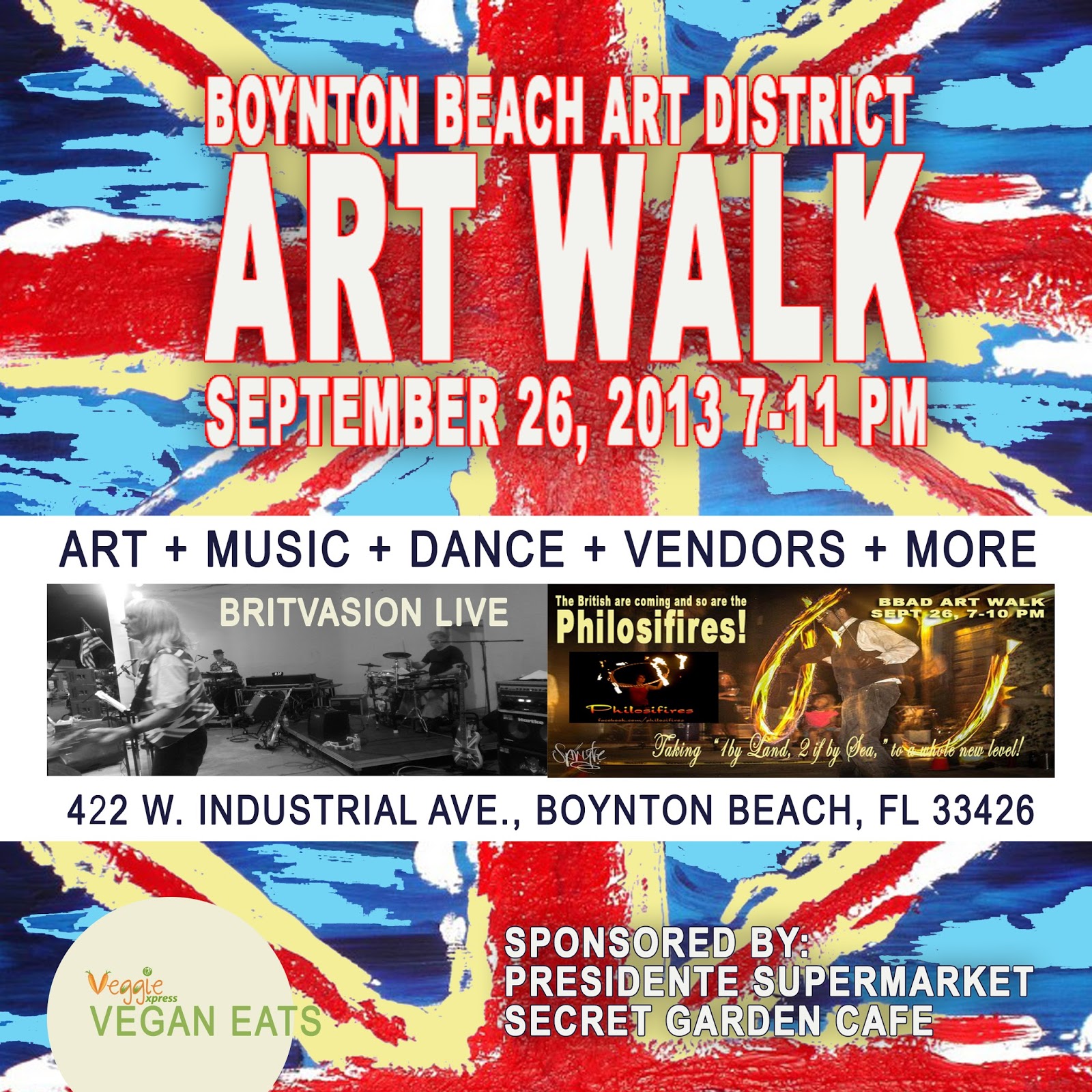 Andrew Jack has been playing and singing in South Florida for over 27 years. Originally from England his love of the music from 'back home' prompted him to put this project together. He has been lucky enough to play with the likes of Harvey Mandel, The Fixx, Nicki French (of "Total eclipse of the Heart" fame) and even Tiny Tim's backing band! Andy has also worked as a stage manager with acts such as Steve Marriot of the Small Faces, Eric Burdon and the Animals, The Four Tops and The Temptations. Every year he appears with the award winning Gypsy Masala Dancers at the Florida Renaissance Festival. Andy also plays bass and sings with the Lu White Band.

Philosifires are a group of fire performers, hula hoop dancers, and a belly dancer. They are the Official Performers for the Boynton Beach Art District.
Description
The Philosifires are group made of up of varying talents from fire performers using the props of poi, staff, fans, hoops, and whatever else they may decide to dabble into. Along side these performances is a belly dancer of many styles. The group spans from different places ranging throughout South Florida. This particular group outshines because they live to perform and thrive on the audiences' amazement at the end of their set.

To see this group perform, they are the official fire performers of the Boynton Beach Art Districts' Open Mic Night (third Thursday) and Monthly Art Walk (Last Thursday). Be sure to catch them there in their natural habitat.

Please Support Our Sponsors and Vist their Websites!


Posted by Rolando Chang Barrero at 6:20 AM