New Times
--In early January of this year, a ridiculously annoying storm decided to rain bullets onto the city of Boynton. Although it wouldn't have been classified as biblical (since there weren't any reports of animals headed two by two toward a gigantic wooden ark built by the town drunk), the level of frustration this storm caused was at least at Justin Bieber levels. Luckily, the recovery time took way less than whatever time it's going to take the pop star to be able to see a carton of eggs and not immediately get the urge to act like a douchey 12-year-old. 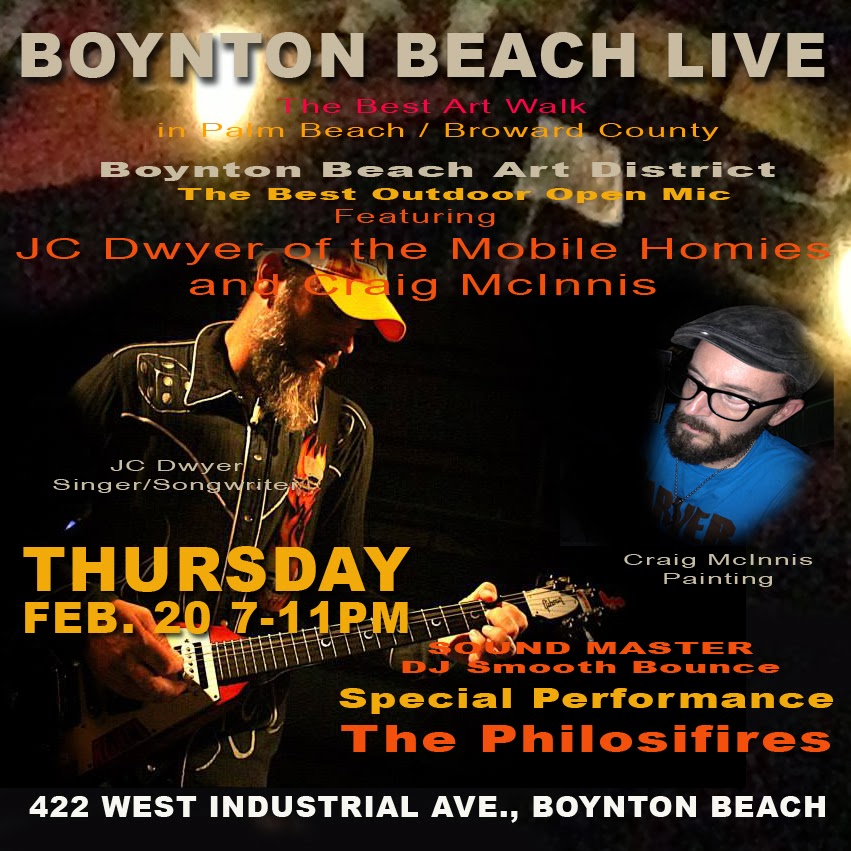 Boynton is back, and with it comes Boynton Beach Live, a multimedia art walk, open mic, and fire show that was supposed to be held in January, until the storm flooded the town.

Boynton Beach Live is brought to you by the Boynton Beach Arts District and will literally light a fire on your Thursday evening. The show will feature Mobile Homies lead singer J.C. Dwyer live, Craig McInnis as a guest artist, Soundmaster: DJ Though of Smooth Bounce Entertainment, and the Philosifires with a fire show not to be missed.
The show will be held at 422 W. Industrial Ave. in Boynton Beach from 7 to 11 p.m. and is free to attend. Visit activistartista.blogspot.com, or call 786-521-1199.
— By Tana Velen