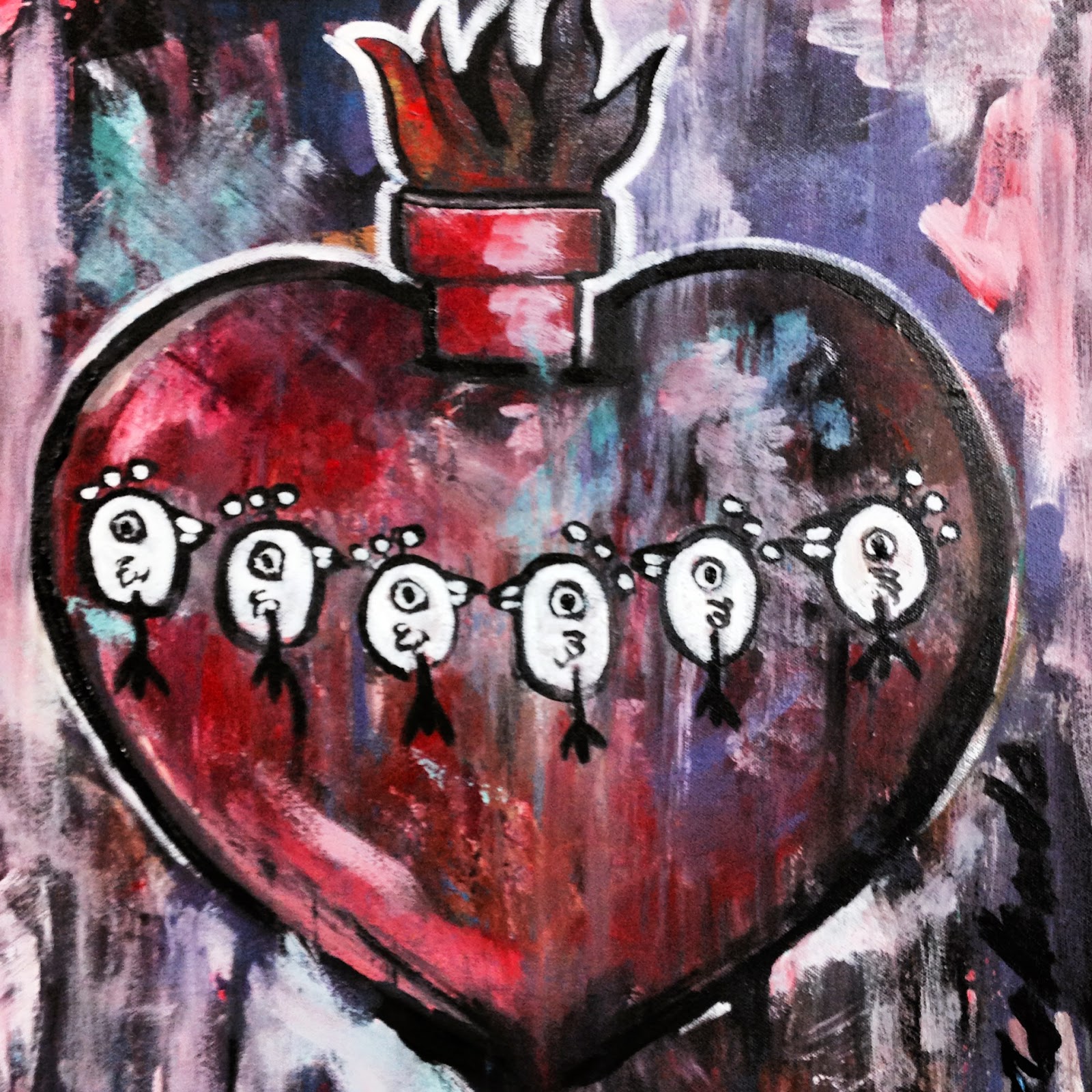 In Rolando's new work, the Sacred Hearts series, he explores the power of symbols in religious imagry by replacing the "crown of thorns" with six of his signature black and white 'pajaro/bird' icons acknowleding the Bible's symbolization of the number six that historically symbolizes man and human weakness. In smaller works of the series Rolando changes the number of birds to four referencing the writers of the Gospels.

Rolando is non-sectarian, but he is avaid student of religious symbolism.

"But there is a dark-side, after all, to the pretty little birds... if you care to venture below the surface into the depth of the symbol, you might find evidence of a life lived with hard lessons and hard truths."
-Jacques de Beaufort,
Dir. Unit 1 Exhibition Space

Performing Live at the reception... 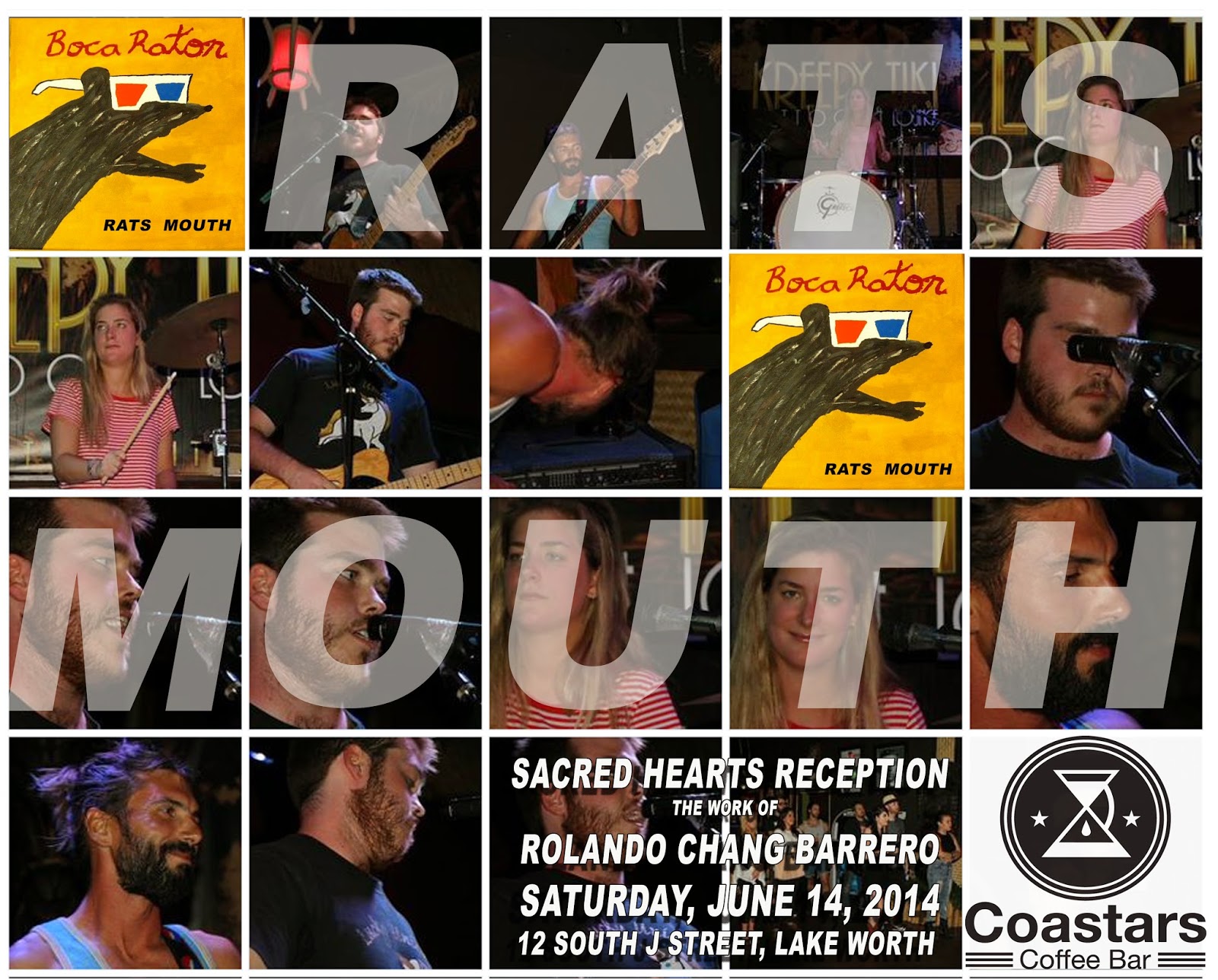