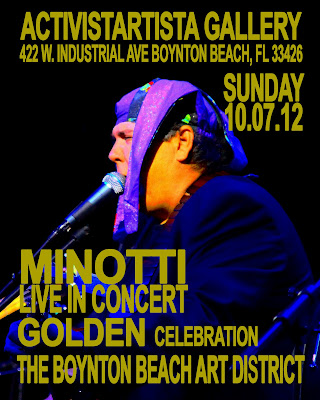 Born in Bridgeport, Connecticut and resides in Deerfield Beach, Florida. Steve started performing and captivating audiences at the age of 17. He has played coffee houses, clubs, festivals and concert venues all over his home state of Florida. He’s also played at “Kenny’s Castaways” in New York City, “Douglas Corner Café” in Nashville Tennessee , he’s done a month long tour in Brazil in 1992 with his band “3 Angry Inches” Opened up for “Donna The Buffalo” and “Blues Traveler” at Garlic Festival 2008 he’s even gone as far as playing “Neil Diamond” in the re-creation of “The Last Waltz” at the “Crest Theater” at the Delray Beach Cultural Arts Center he also was a regular at the legendary Elwood’s Dixie BBQ in Delray Beach for 9 years. In December of 2010 played Chrystal Hartigan’s Songwriters Showcase with some of the most promising songwriters in the Music Business. Steve also lends a hand within the tri-county area such as The 11th, 12th and 13th Medical Marijuana and Everglades Awareness Benefits at “Tobacco Road , “Surfers For Autism” and is the Entertainment Chair for the American Cancer Society “Relay For Life” Lighthouse Point/Deerfield Beach Chapter 3 years in a row.
He also co-hosts an internet radio show with host Jacqueline Jax on A.V.A.LiveRadio.com and is repeat guest on WDJA 1420 AM, WSBR 740 AM and has appeared on WLRN 91.3 FM with Michael Stock
This 30 year veteran is all about the music and worked with Electra Groove Recording Artist Shawn “Guitar” Starski from “Jason Ricci and The New Blood” on his critically acclaimed debut solo CD “The Gallery” and it shows this songwriters dedication to the musical arts. He is presently working on his new CD “The Love You Give” to be released sometime in the summer 2012.
There is no mistaking this seasoned professional musician as he “has created an easily recognizable stage persona in his signature floppy jesters cap playing gigs that combine a lighthearted pose with heartfelt prose.”
by Beth Feinstein-Bartl (Sun-Sentinel/Showtime)
Influenced by some of the greatest singer songwriters of the 60’s and 70’s like Buddy Holly, Bob Dylan, James Taylor, Jackson Browne, and Cat Stevens to name a few. Come join him for a trip back in time where he puts a new spin on the 70’s songwriting sound when the words and melodies had meaning and impact in our lives.

For More information visit ActivistArtistA.Blogspot.com
Posted by Rolando Chang Barrero at 8:43 AM