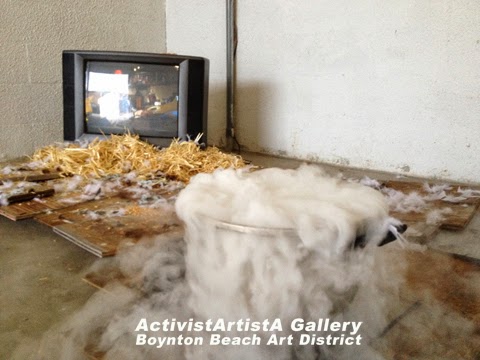 
The artist and arts impresario Rolando Chang Barrero hosts another interesting diversion this weekend at his Boynton Beach exhibition space, ActivistArtistA Gallery, with the opening of (Un)Common Traces, a fresh effort from the Dade County-based artists' collective Dwelling Projects. Four of the group's core members have come to Barrero's venue to reflect on their recent visit to Ecuador, where they spent 4 weeks immersed the Andean nation's artisanship and culture. 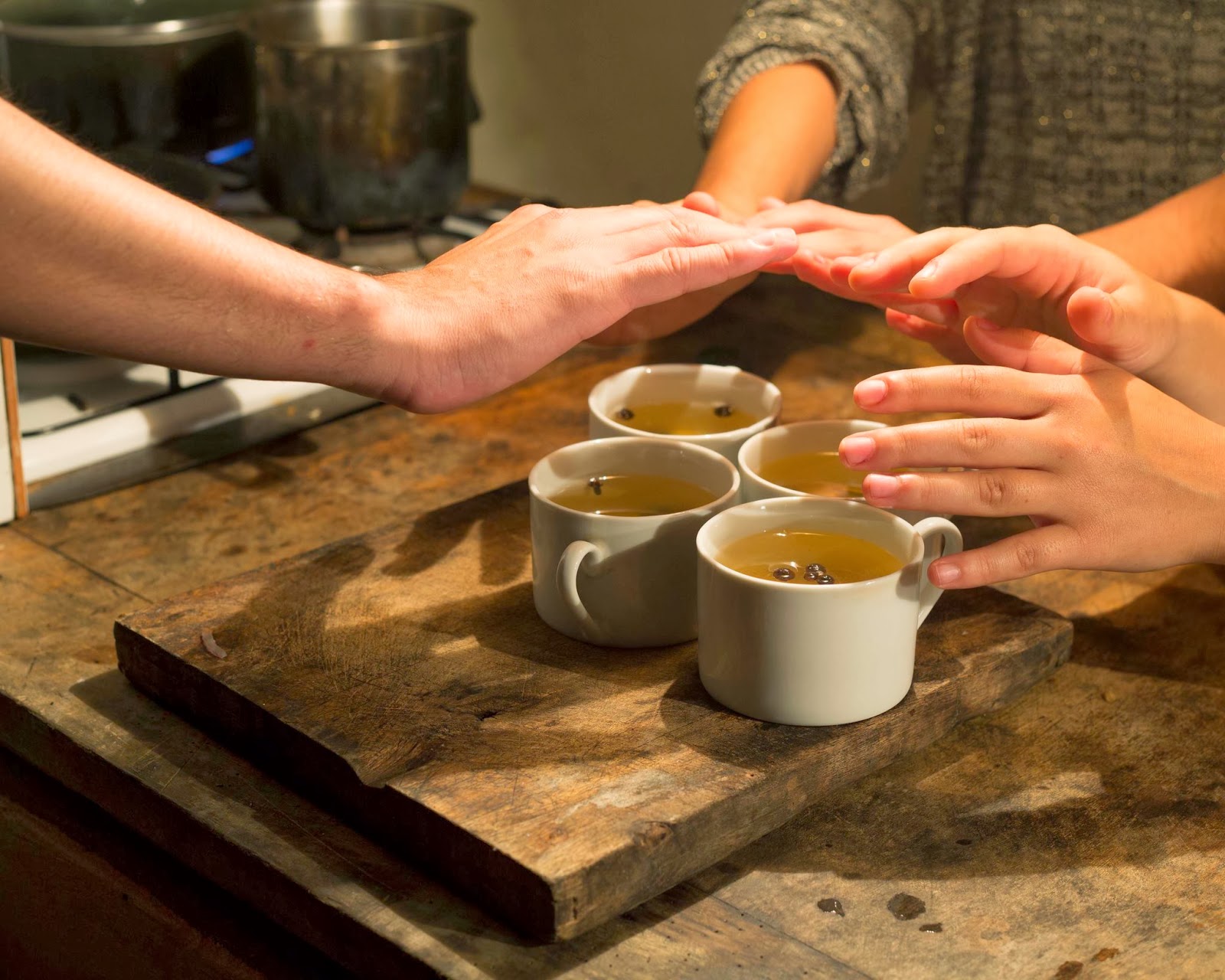 Spread throughout three bays of Barrero's compound -- a collection of what were formerly industrial storage and workspaces -- the works are in media including photography, video, pen-and-ink, charcoal, found objects assemblage, and fiber.

The bay labeled "Ephemera" offers the most direct documentation of the four artists' Ecuadorean experience, with a totem of travelers' gear -- shoes, backpacks, blankets -- delicate drawings by Sofia Bastidas, and two walls of photography. Some photos are from their time at La Factoria, an ecologically aware craft and design center on the Pacific coast, where they absorbed and played on the methods of local crafts. Others are from their stay at a private home in the highlands. 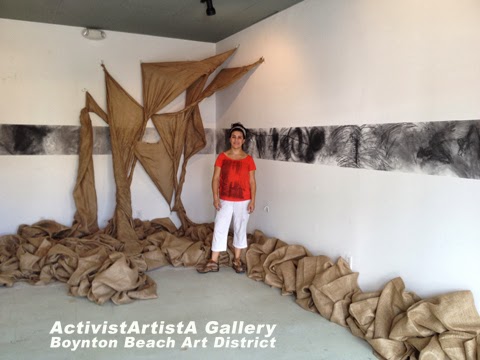 A second bay, unnamed, contains individual pieces by two others of the group. Andres Ramirez shows a flair for abstraction from nature in a video and more photography. Eddy Peñafiel's mixed media work of video, floorboards, and feathers is a very clever play on the "hunt-and-peck" method of typewriting. 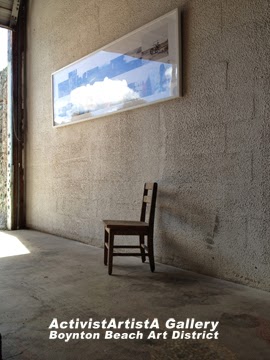 A full other bay is taken up by Nathalie Alfonso's untitled installation piece in which immense spools of burlap are draped from the space's ceiling and uncoiled across the floor, with a long stretch of charcoal markings on paper along three walls of the room. The implications are deeply political, the burlap referencing the bags of commodities on which so much of the Ecuadorian economy relies. The charcoal markings mimic the housecleaning work Alfonso does to support herself as an emerging artist. It's a thoughtful, imposing, provocative piece.

The four artists in the show are just a small cohort from the Dwelling Spaces group, which grew out of the arts program at Florida International University. The group's membership is floating and elastic, up to two dozen individuals at one point, all from Latin American backgrounds. Just two years along, the group's early shows were held in private homes and other unorthodox spaces. Their improvisatory, socially conscious spirit is a fine match for Barrero's wild and wooly enterprise. 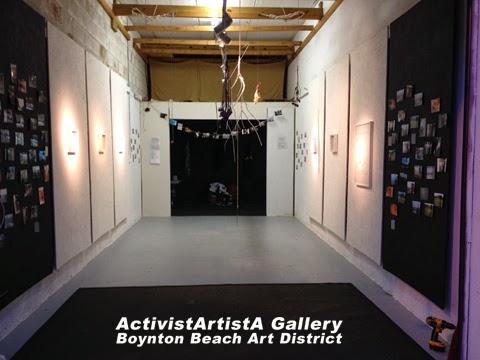 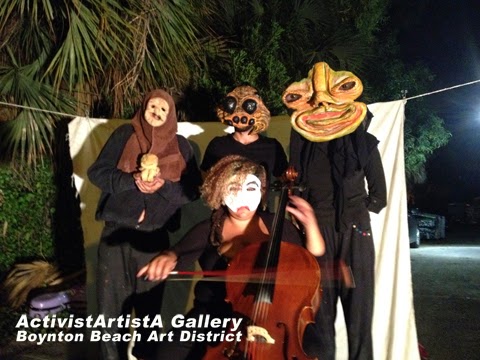 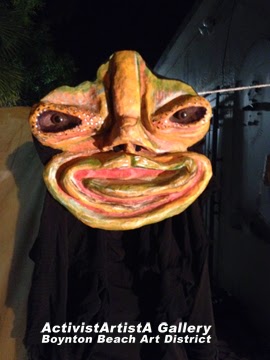 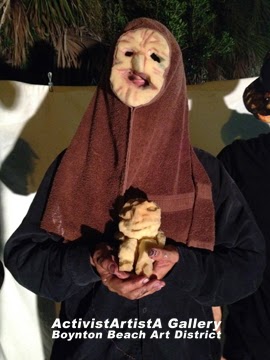 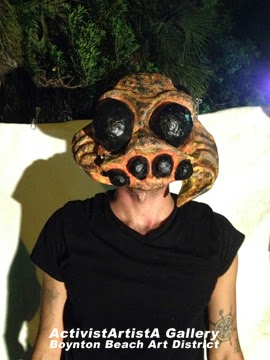 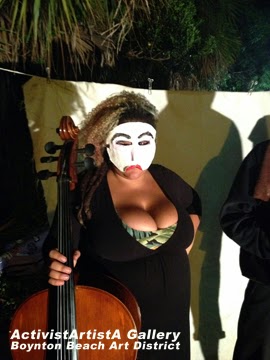 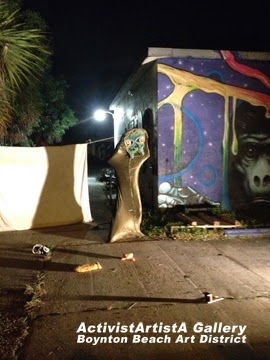 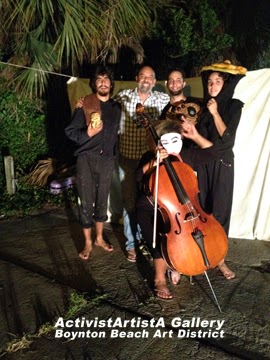 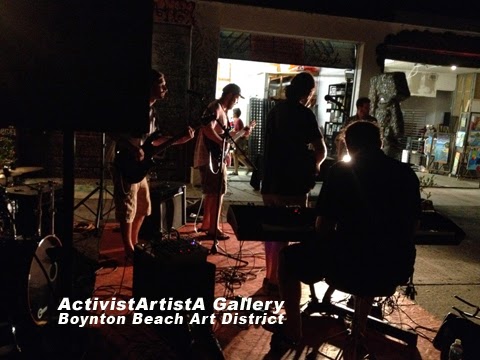 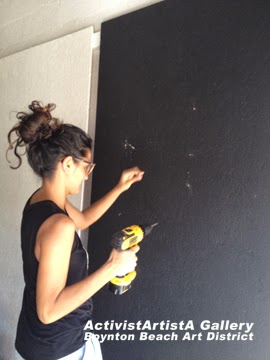 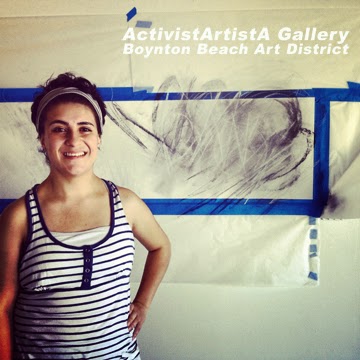 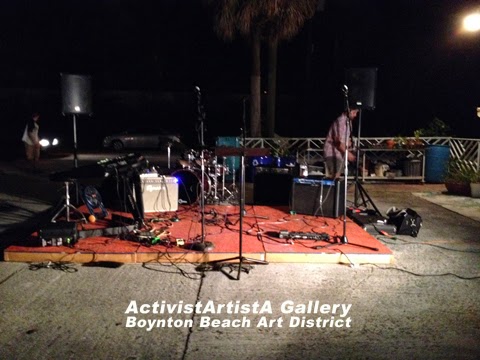 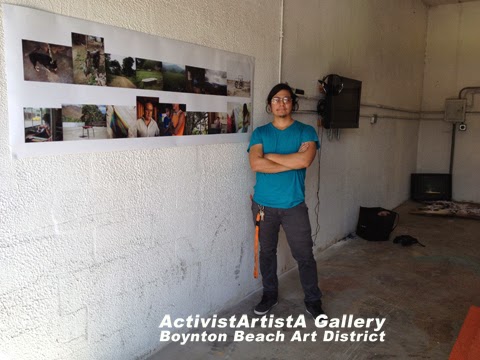 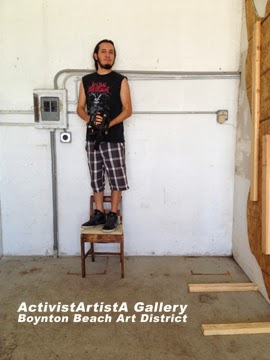 Posted by Rolando Chang Barrero at 9:02 AM