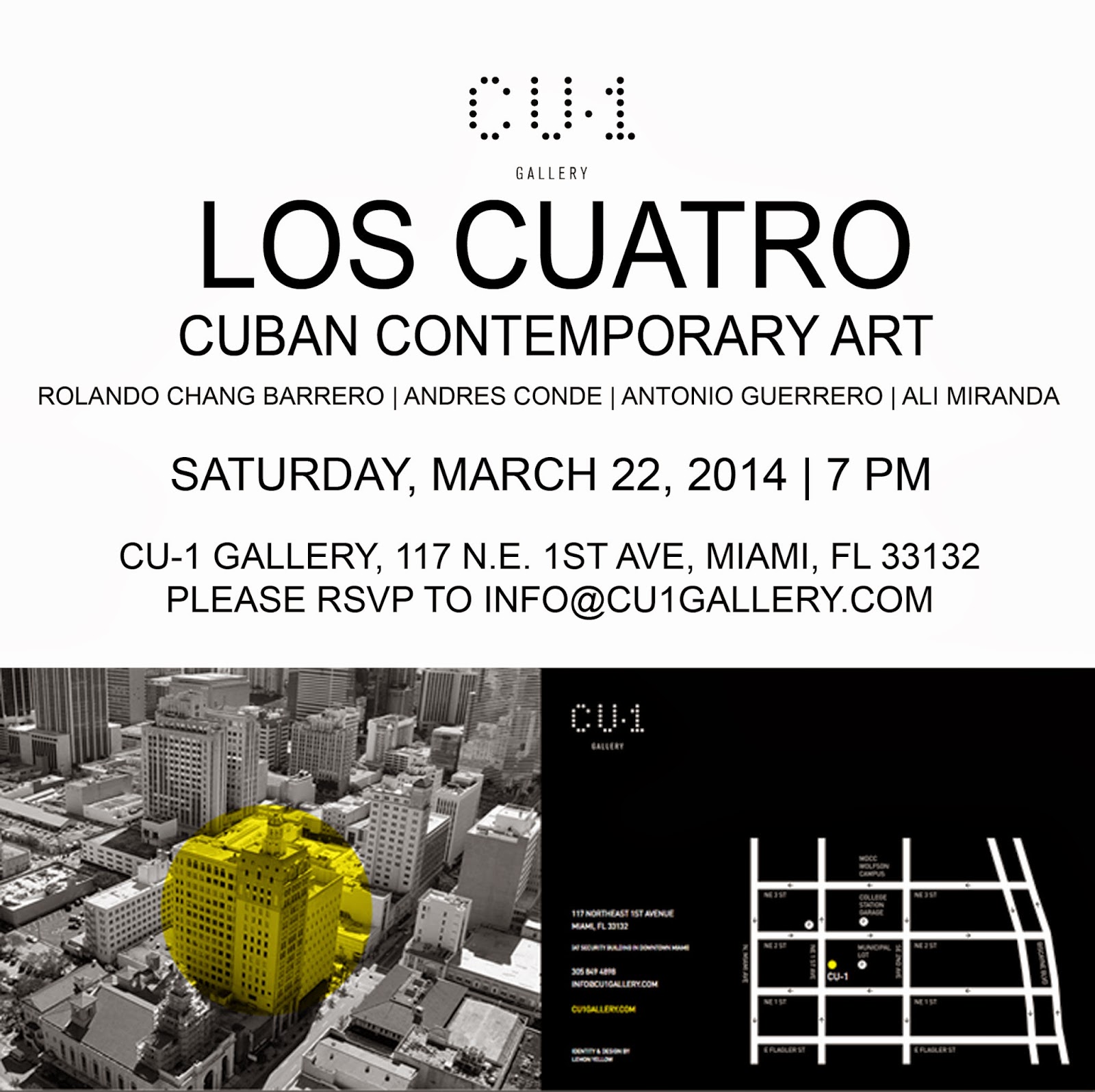 Each a member of the Cuban diaspora, the four artists on exhibit in “Los Cuatro” represent complex points of view, ranging from in your face political statements on Cuba, memories of Havana in her heyday, surreal Cuban inspired dreamscapes, to  completely apolitical and hypersexual imagery.

Rolando Chang Barrero, founder of the Boynton Beach Arts District and co-founder of Art Synergy in Palm Beach County, describes his work as personal and autobiographical, using Cuban symbolism and a common epithet, “pajaro” to create a visual translation of the verbal.  A figurative expressionist, he reduces his subjects to basic archetypes, easily recognizable though anatomically incomplete.

Andres Conde, is a pop impressionist born in Havana and raised in Madrid, New York and Miami.  “After arriving in New York…I discovered shiny colored spray paint was used instead of sable brushes and pigments. New York is where I fell in love with pop art.” Conde is reimaging 240 new covers for “Social” magazine.  Defunct since 1938, he has reopened the legendary magazine in his mind, beginning in 1938 the series will run through 1959, he will close the magazine again on the date of the Revolution.

Antonio Guerrero, born in Matanzas, paints surreal and often primitive images about “…the mysteries of the universe.” Guerrero sees the world as a cosmic stage for human activity. "I'm in the system like a computer programmer writing codes with my sketchbook and brushes, playing the critic, here to create and program the unconscious.” Feeling increasingly oppressed by the Cuban government, in 1998 Antonio and two other men secretly built a raft and escaped Cuba, spending five days at sea before being rescued and brought to the US.

Posted by Rolando Chang Barrero at 7:36 AM