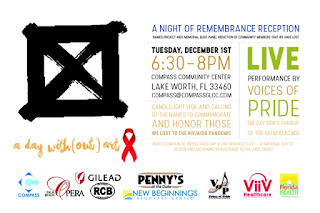 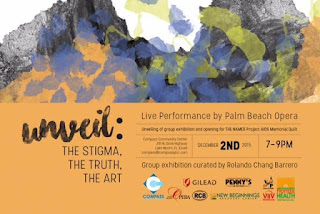 It was an age of exploration, the '70s, in our lives and in our art. Idols lay shattered in the wake of Vietnam and Watergate, and flowers bloomed in the rubble. In our innocence, sex seemed like a gift without price, and maybe it was, for a time. Inevitably, artists, whose job it is to “make it new,” drank deep of those pleasures. And in the '80s, when the plague arrived, artists swelled the ranks of the doomed.

The art world’s fallen include just a few major names, for AIDs was a disease of the young and one of its peculiar cruelties was to cut careers short. What riches might have been will never be known, but the works of the virus’s best-known prey point to a lost bounty of beauty and innovation.

Maybe the most emblematic of those darkened stars were Robert Mapplethorpe and Keith Haring, fixtures of the age’s night life — the clubs, the drugs, the erotomania —  which energy fueled their visions: Mapplethorpe with photography of severe and unflinching grace, Haring with a language of uniquely radiant hieroglyphs.

Others gone too soon were less well-known but of signal aesthetic importance. Photographer Peter Hujar left indelible portraits of art world comrades and luminaries like Susan Sontag and Diana Vreeland; Hujar’s lover, David Wojnarowicz, brought a blazing surrealism to film and other media, often in the cause of AIDS activism; Félix González-Torres was similarly driven, building on the methods of Minimalism and Conceptual Art to create sculpture and installations around themes of love and death. In Canada, the collective known as General Idea found subversive beauty and humor in pieces drawn on the materials of mass culture and, toward the end, the images and objects of medical treatment itself.

There are others, of course, too many to describe here, the greater part of that lost generation well-catalogued at the visual AIDS artist registry at visualaids.org.  AIDS is, by some accounts, now conquered, though to the extent that is so, it was not without a mighty struggle not just against a virus, but against ignorance and fear. As we mourn our losses, and the art that might have been, let us honor the dead with continued resistance to those evils of the spirit.

Curator, Rolando Chang Barrero, will be working with Compass Community Center this year on the A Day With(out) art Revisited Exhibition. The exhibit will run concurrently during the yearly presentation of the NAMES Project Quilt Installation. Each year, Compass Community Center hosts the largest display of rotating panels from the NAMES Project AIDS Memorial Quilt in honor of World AIDS Day in South Florida. The AIDS Memorial Quilt is the largest folk art exhibit in the world.

This year, we invite you to join us in honoring World AIDS Day during our two week celebration beginning December 1st, with A Day Without Art, the International Day of Mourning and Action in response to the AIDS crisis. Arts organizations, museums, and galleries participate in this international movement by shrouding pieces of art and replacing them with information about HIV prevention and local resources. For more information about this campaign and the origins of Day With(out) Art, please visit www.visuala ids.org.

World AIDS Day serves as a platform to increase awareness of the AIDS pandemic and to inspire positive action through education, testing, and standing in solidarity with those affected by the virus. HIV/AIDS has had a major impact locally and globally: 35 Million people worldwide are currently living with HIV/AIDS Over 1.2 Million people in the U .S. are living with HIV; almost 1 in 8 are unaware of their infection 8,197 people are currently living with HIV/AIDS in Palm Beach County 5,897 newly diagnosed HIV infections in Florida in 2014.

We look forward to collaborating with local artists, arts organizations, museums, galleries, art enthusiasts, and our community to commemorate World AIDS Day like never before.

Posted by Rolando Chang Barrero at 7:05 AM