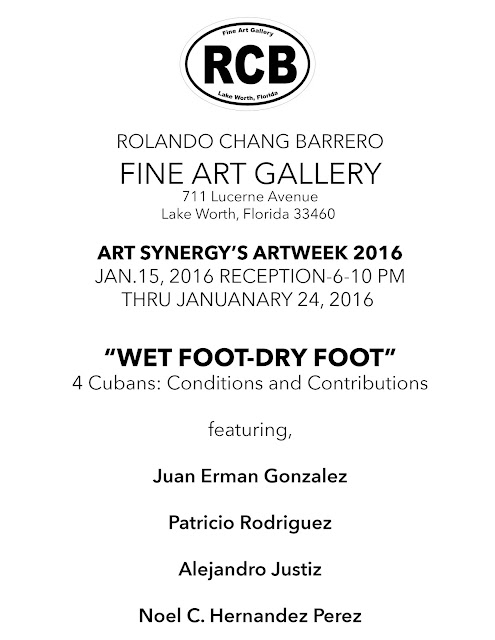 RE: Art Synergy’s ArtWeekPalmBeach 2016 in conjunction with ArtPalmBeach

LAKE WORTH- Wet Foot/Dry Foot, the exhibition, opens with a reception on Friday, January 15, 2016 from 6-9 P.M. at the Rolando Chang Barrero Fine Art Gallery, located at 711 Lucerne Avenue, in Lake Worth, Florida.

Galleries and curator, Rolando Chang Barrero’s intention is two-fold, first to allow the viewer to decide whether or not a schism exist between the works produced by artists who began working prior to and after the 1995 policy changes in the Cuban Adjustment Act of 1995. Secondly, Wet Foot/ Dry Foot begs an answer to whether the immigration status of each of the artists can be detected in the works presented. 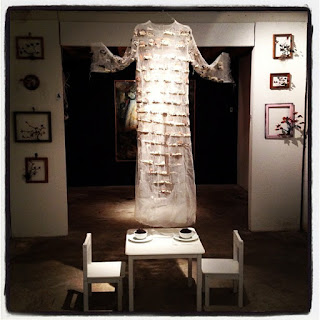 1. Juan Antonio Gonzalez, better known as Erman, has lived in the United States since 1969. Erman works include mixed-media installation consisting of a variety of works continuing his thematic concentration of migration, trans-culturism, exile, and displacement. Using utilitarian methodologies such as assemblage, cut paper, ceramics, and sewing, and utilizing post production, recycled, and donated goods. 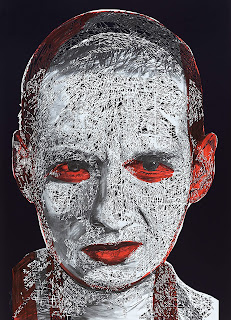 2. Patricio Rodriguez’s work is marked by the outpouring of virtuosity of his visual modus operandi in this case the draft. He creates a beautifully dangerous personal universe full of holes, leaks, findings and abruptness, in the sharp edges of their performances, as "something" endowed with desire, and that desire to be ... the artist is palpable, . And this danger is your best virtue; deadliest their patience before our eyes, because it will be almost impossible to escape its spell. 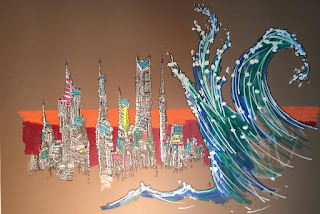 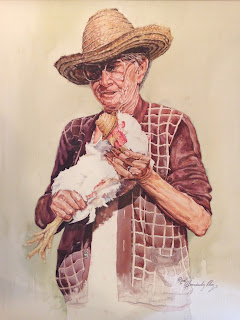