New Times Today! Art walks will live to see many another day!

"Lori LaVerriere (Boynton Beach's city manager) couldn't have been more amicable," he revealed. "The moment I arrived, she held her hand out and said, 'I think we have a solution that you are really goong to like.'" The ban on the art walk will be lifted, and BBAD will simply have to pay $250 for a yearly permit to conduct their monthly art walks. "My mouth was an ear-to-ear grin when they told me the news of the proposal."
Con't story... 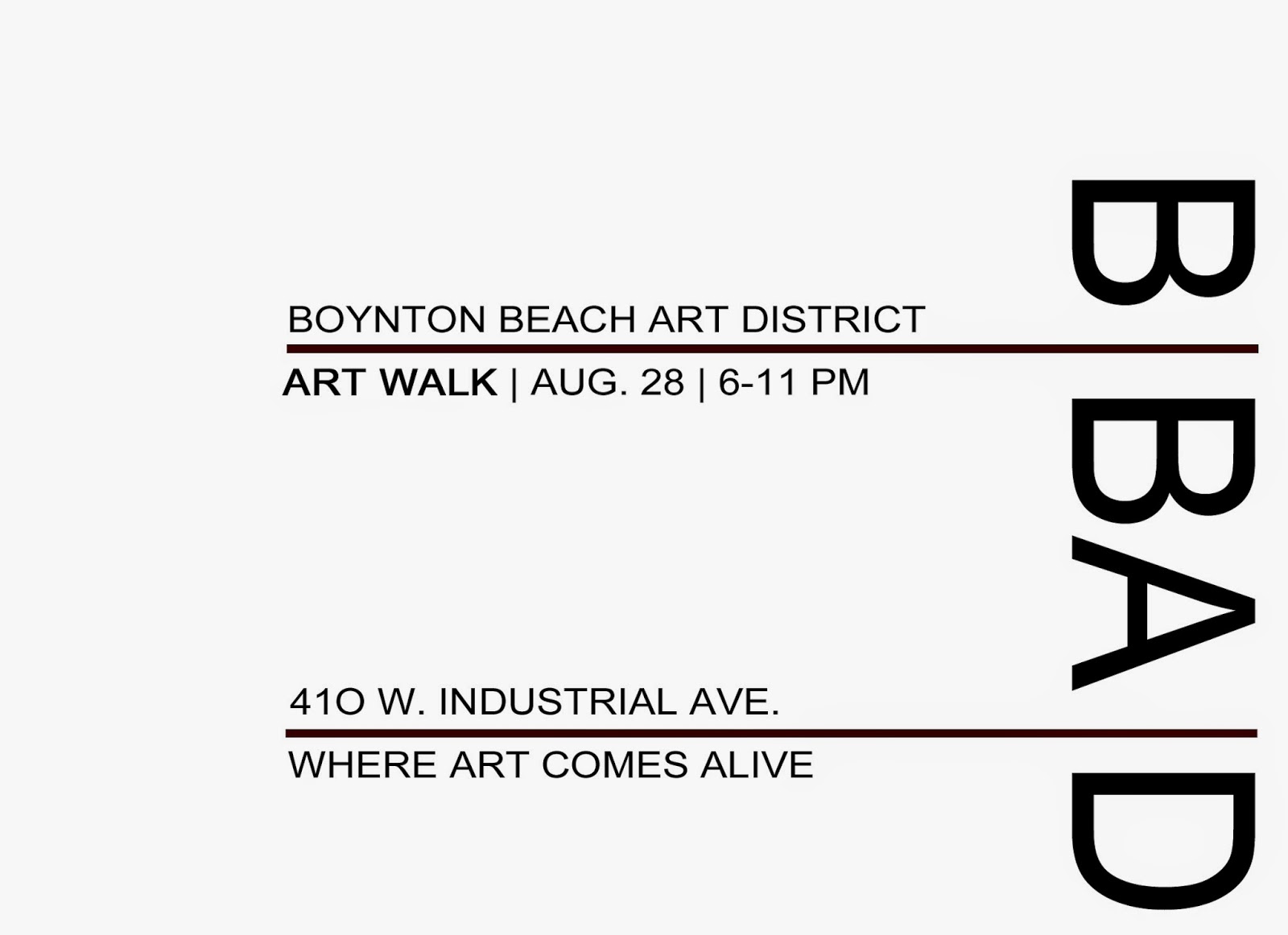 Posted by Rolando Chang Barrero at 8:41 AM