Posted by Rolando Chang Barrero at 3:21 PM No comments:

The Singer I and II
When I started this painting, I asked my dad to model for me, assuming that, as in any traditional portrait, the subject would like to dress to be recognized, not just by his face but according to his profession, as well. For example, if he were a soldier he would wear a military uniform. A politician would wear a suit and a doctor would wear a white coat with a stethoscope around the neck. While I was preparing the lights for our photo session, my dad showed up in nothing but his underwear! I invited him into the studio, and we started the photo session. I found out that my dad was extremely photogenic and we had a lot of fun.
My dad passed away two years ago, and I‘ve seen those paintings so many times since. Finally, I have come to understand why my father showed up that day to model in his underwear. My father, a doctor, was a person who dedicated himself to helping people. His view about life was that a person should study what he or she liked and become good at it because at some point that skill could be used to help a lot of people. My dad modeled in his underwear because, at 81 years old, he had a clean conscience. He could smile, laugh and joke all day because he had piece of mind. One day I asked my dad what he regretted and what he did right in his life, and he told me he was satisfied with his life and his actions in his life. That’s why he didn’t need to hide behind some sort of uniform. In his mind and soul he was at peace and ready to face death whenever the time would come. (partial story) 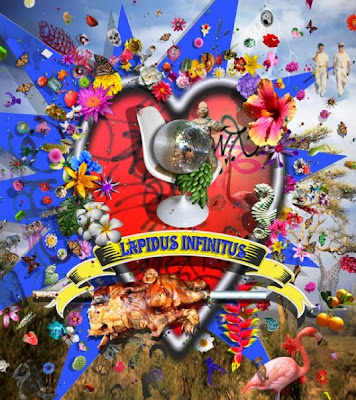 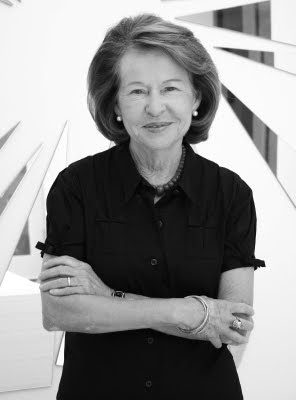 An inside look at Carlos and Rosa de la Cruz Home. Courtesy of www.ARTVI.com

Rosa de la Cruz takes throughout the various works and installations by various artists.
The works are collectively know as their home. Please enjoy the tour TOUR