An Exhibition Organized By Karla Walter and Jacques de Beaufort
present works representing a variety of media, methods, and visual approaches.
All artists are presently working and contributing to the vital and diverse
South Florida art scene.

Palm Beach Gardens—Rolando Chang Barrero will be exhibiting the first installment of US Heroes: Fidel Castro, Che Guevara, Raul Castro  a series of paintings which concentrates on the three mass murderers of the Cuban revolution. The challenges and questions the slogans that are used to support their assent to hero status in the United States. This series explores the phenomena of idolatry and “hero creation” in the United States by the media and American t-shirt industry. This industry creates human billboards which inadvertently rationalizes human suffering (e.g. the mass murders and executions by Fidel Castro, Che Guevara, and Raul Castro).

My current journal entries are a series of interrogatives presented in three levels.

Level one, questions the political slogans associated with the subject simply by changing the exclamation point to a question mark.

Level two, the title of the series “ U.S. Heroes”  purposely challenges the viewer into a conversation about his or her interpretation of patriotism and heroism.

Level three, allows the viewer to embrace or deflect the importance and impact of how we consume and later share our beliefs , credos, stances, and/or lifestyles via tee shirts, bumper stickers, and more recent within 144 allowable characters on twitter.”
-Rolando Chang Barrero 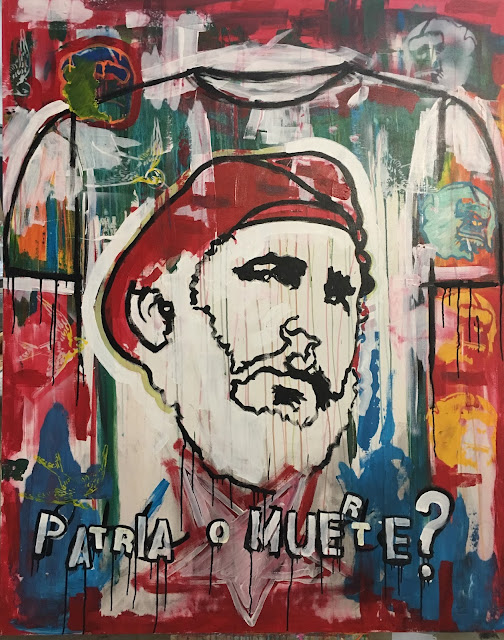 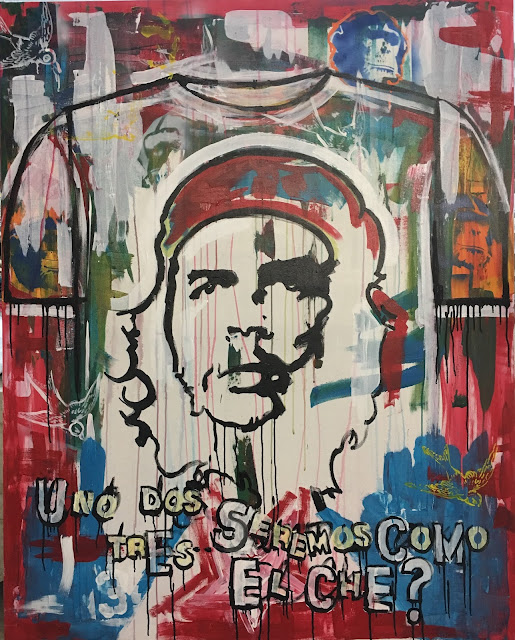 Posted by Rolando Chang Barrero at 8:05 AM No comments: