A Night Out with A Friend In Phoenix!

Back when I was living in Phoenix I ran with a really wild bunch of guys!
This is my ole' friend Alan, him and his brother are twins. Boy were they a handful!
You never knew what was going to happen when they'd show up. 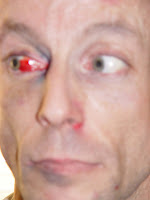 This is a "snap shot" of life with Alan!
A few more volt's and both his eye's would have poped out of his head! 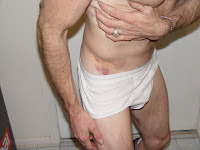 I guess it's the Irish in some boys! But they can put up a fight, even with cop's! 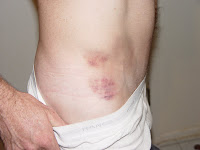 There was a lot of hurt that night. At least poor Alan, didn't feel a thing til morning!
His brother, well he ended up in jail that night. 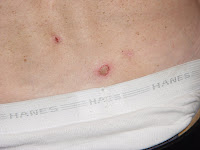 I don't know if there were 4 or 5 sets of tasers attached to Alan before it was over.
That's where the prongs from one taser connected. 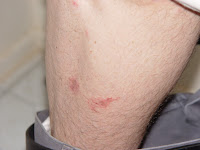 That's where another taser made contact.
There's a whole bunch more of these pictures, but I guess you got the idea.
Don't fuck with cop's that got taser's!
Posted by Rolando Chang Barrero at 10:56 PM