Today in the Sun Sentinel: Artists Mobize for Climate Action by Jan Engoren 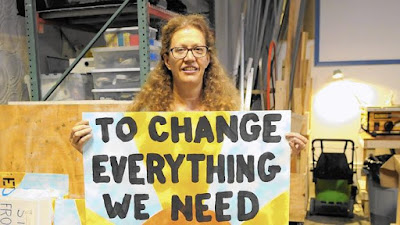 Artists for Climate Action, including many from Boynton Beach, marched in Miami on Oct. 14 with the local chapter of the South Florida Climate Action Coalition as a follow up to the People's Climate March in New York City last October.

Working out of HackLab in Boynton Beach, the artists mobilized and created a large illuminated sun that they carried aloft during the march. Read full story here SunSentinel TODAY 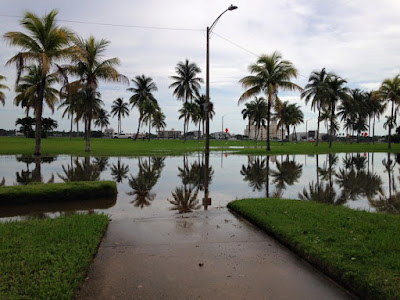 "Local artists, including Rolando Chang Barrero, founder of the Boynton Beach Arts District, snapped photos of the recent high tides, as part of the King Tides Project, an international initiative of citizen scientists capturing data and images showing what future sea levels will be and what is at risk.During the recent supermoon, Barrero went out with his camera and caught images of flooded streets along East Ocean Avenue and the Boynton Beach Marina and of the Palm Beach Yacht Club on Flagler Drive in West Palm Beach."

Posted by Rolando Chang Barrero at 8:06 AM