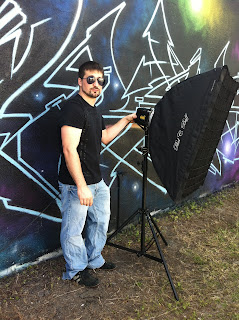 Michael Herb at The District in Boynton Beach

Michael Herb decended on Boynton Beach as the

was just getting off the ground. It was Day 343. His first visit with designer Patty Madden was to do a photo shoot for an ad campaign to be released in 2012.  The scope of the project included documenting Brazilian artist Marcus Borges more commonly know as "GRAB"as he worked on "The Big Bang Therory" mural.

A eleven days later, Day 354, I notice Micheal strolling around The District again-- this time he snatched Chan off his ladder he useing to put finishing touches on "La Madrina."

The rest of the story is a visual journal..a 365 Day Journey into the world of
Michael Herb and his Imagery.

“For Michael Herb, photography is not a job but rather a passion and a way of life. His unique work and artistic style transforms traditional photographs into works of art. He looks at life and translates that into interesting and often humorous images. Each image is created to evoke an emotion, whether it be to laugh, cringe or cry. Often edgy, but always thought provoking, the images he produces may start as photographs but end as something deeper and more unique... art!”
After graduating from the Art Institute of Fort Lauderdale in 2005 I went on to produce and direct Television commercials and a local South Florida Television show. Two years and over 350 commercials later it was apparent that it was time for a change, and a drastic one at that. Shortly after leaving the world of television production, I picked up a still camera and dove in head first.
Starting with the typical landscape and wildlife photography, I enjoyed capturing single moments in time. However, I soon felt the need to take it to the next level. In April of 2009 I purchased 2 small Speed lights and started experimenting with off camera lighting. I quickly realized that this was in fact, my calling! With a new found sense enthusiasm and intense energy over the next two years I worked on puting together an eclectic and eye catching portfolio.
On January 1st of 2011 I began what will surely be my greatest challenge yet. 365 Days of professional photos. A photo a day regardless of weather, mood, health, or extreme circumstance. In addition to a photo, I blog about the project, my life and of course, the image of the day. Some times in greater detail than is needed or wanted!
The project has begun to attract Media attention and will surely increase as I continue to push the limits of both my own abilities but also pushing the boundaries of photography itself.
More info about Project365
Michael's Blog 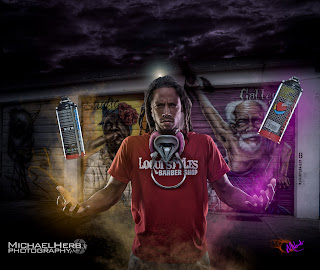 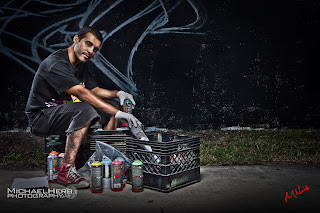 Posted by Rolando Chang Barrero at 9:48 AM