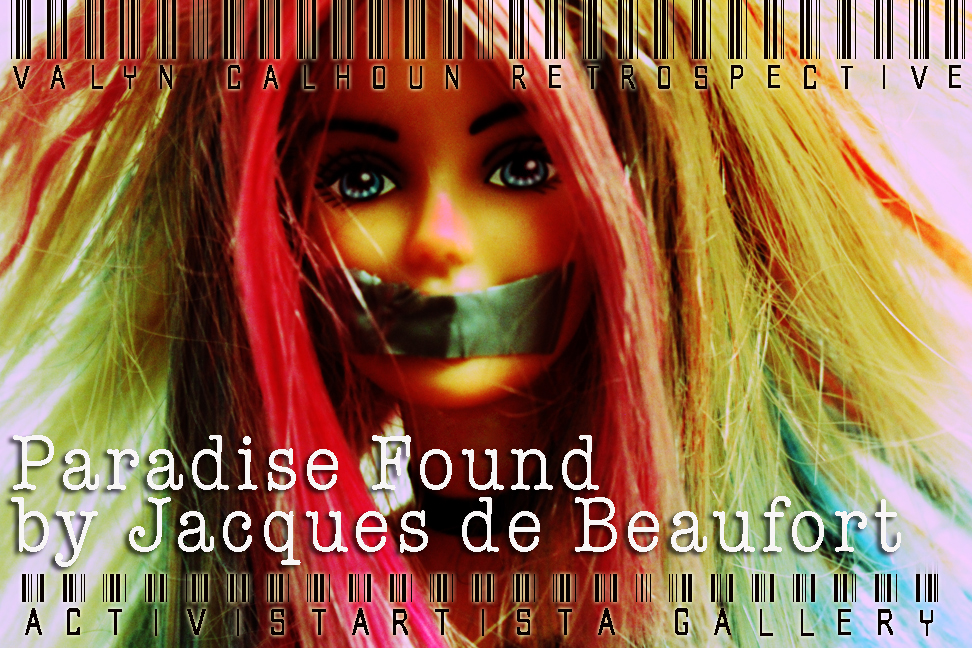 Homoerotisim, fetishism, fashion, and nightlife frolic
are only a few themes that, photographer, Valyn Calhoun incorporates into
his elegant and highly stylized imagery.

There is something odd about the cultural landscape of South Florida. For non-natives such as myself, this sense is most acute in the early stages of habitation and slowly dissipates over time as one becomes oriented to the multifarious variegations of human typologies- but it never fully disappears. And so if you stick around, you are left with the task of describing this quality- a kind of formless chaos fenced in by the accidental perimeters of a phallic landmass, if only that you may preserve some sort of equanimity in the act of making coherent something that clearly would rather remain wild and untamed.

Valyn Calhoun has accomplished this elusive act of description in a way that few artists or writers have. In this sprawling and raucous retrospective spanning several years, subject, themes, and styles- Calhoun has communicated something essential about life in this lawless Peninsular outpost. A clue to this communiqué is foremost embedded in the refusal of the artist to pick just one style, subject or theme- and so like a visitor to a giant psychedelic carnival, the audience must wander through a maze of back alleys and tents ducking in to the colorful sideshows to crane their necks at the overwhelming assortment of entertainments that delight and disorient.

The redemptive quality of Calhoun’s work, just like the crazy weird place that we call home, is found at this breaking point where one feels that all is lost.

This is because in the quiet stillness of the morning light, the mere ordinary becomes a revelation, and something as simple as a pigeon, or a ray of sun filtering through the trees, reminds us that there is indeed meaning to this madness. It is in the classical beauty of form and shape, it is in the imperfect perfections, it is in that nameless thing that wants to explode into consciousness but in doing so would destroy itself. It is there that you, like the artist, will become whole again.

The point here is to become lost in the pulsating color, to surrender to the fire breathers and body painters as they escort you across the river of sanity into a realm of kaleidoscopic flesh and dancing shadows, as muses (or perhaps sirens) beckon and then disappear into painted ruins.

Calhoun is a talented and formidable photographer, so one can’t help but follow where he fearlessly leads.

And then once lost in the rapturous moment of the image, you may find yourself washed up on shore the next morning with nothing but some hazy recollections and a lingering suspicion that behind all of the glittering facades, there is a horrific emptiness.

There is no doubt in my mind that you will find the work of Valyn Calhoun as much as revelation as I have, and I hope to see you there on the other side.

Expected to be this summers most attended exhibition, 2 opening dates have been organized.
The exhibition will open on August 22 and run through September 27, 2013 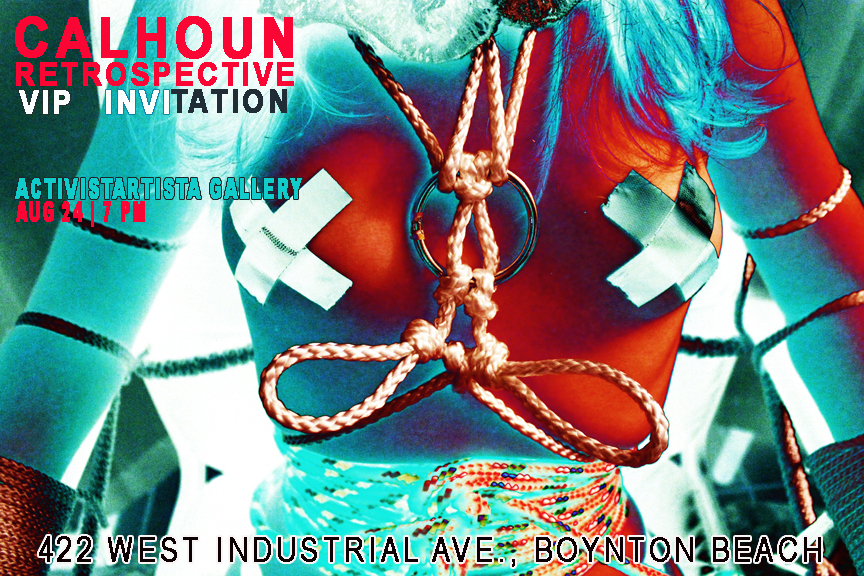 VIP Grand Reception will be held on
Saturday, August 24, 2013
For invitation to the VIP reception please RSVP.
ActivistArtistA@Gmail.com