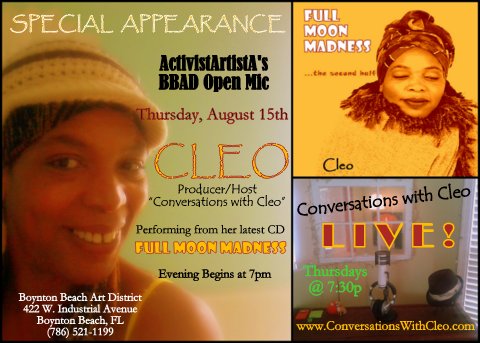 Hosted by Rod Dussinberre and Rolando Chang Barrero
Sign is at 7 PM, Mics go on at 7:30 PM!

The Boynton Beach Arts District’s award-winning Thursday night open mics always promise a fun, artsy and cost-free night out,
but this week’s extravaganza is particularly enticing. In addition to the regular opening of each artist’s gallery bay, tonight’s event will include a performance by local Internet radio personality Cleo, who will broadcast her Thursday night show live from the District; she is described as “priestess, writer, poet, activist, lesbian, foodie and grandmother.” The evening’s festivities also include a performance by Orphans, the District’s newly organized musical collective. 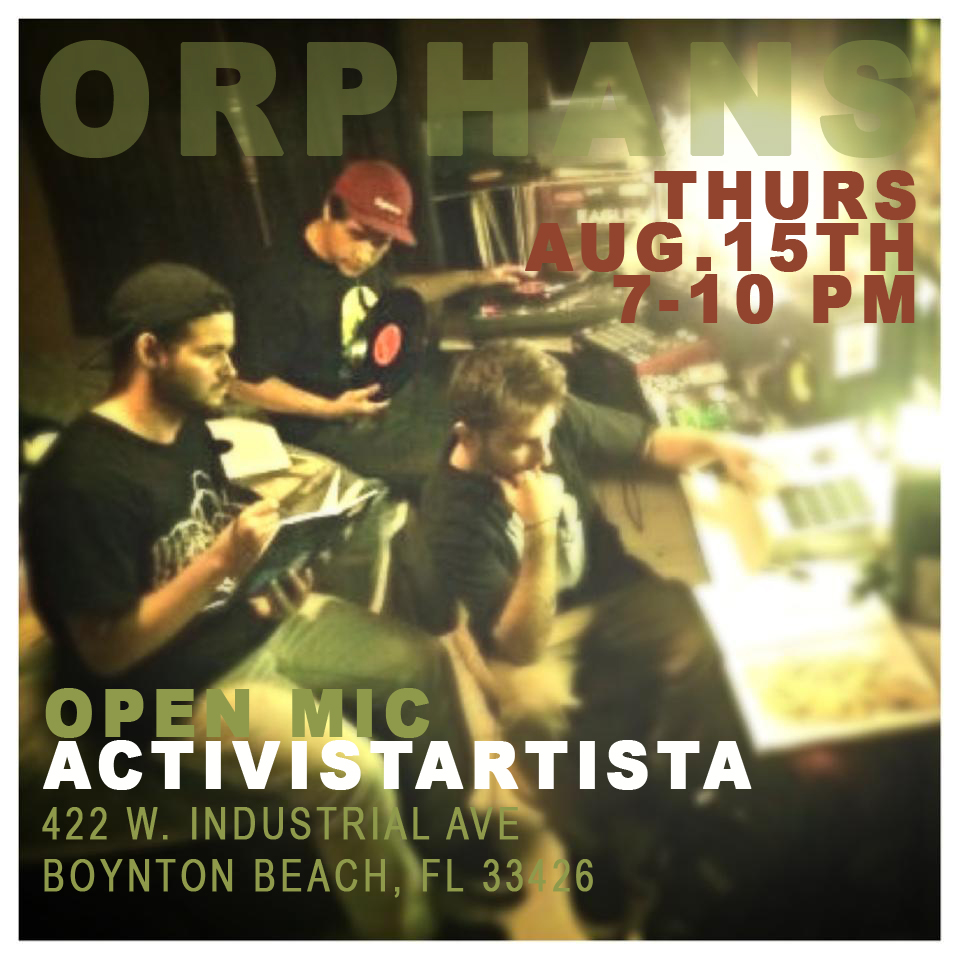 Posted by Rolando Chang Barrero at 4:30 AM