Boynton Beach —
Art is popping up in surprising places, and an unlikely spot is in vacant storefronts in Quantum Town Center.
Half the 70,000-square foot center has been vacant since it was completed in 2008, so its developer has begun letting artists temporarily display their original works in empty storefronts, dubbed "Swing Spaces." 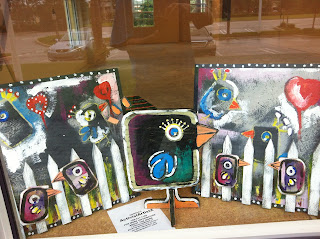 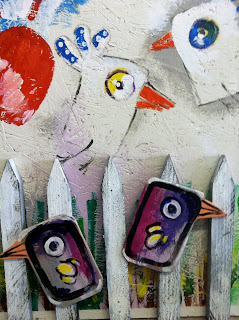 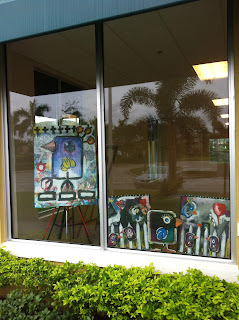 The artwork is displayed in the storefront windows, and while the spaces aren't open to walk through, the artwork is illuminated at night. The project, along with the city's Neighborhood Arts District, is indicative of a growing, local arts scene, said Debby Coles-Dobay,Boynton Beach public-art administrator. 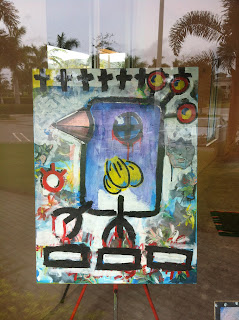 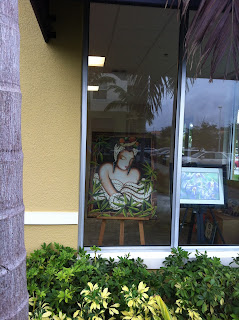 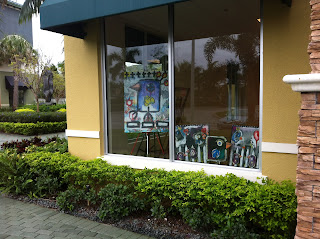 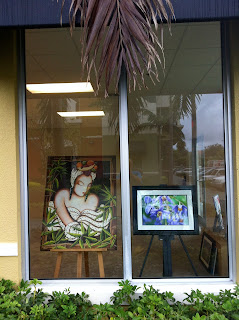 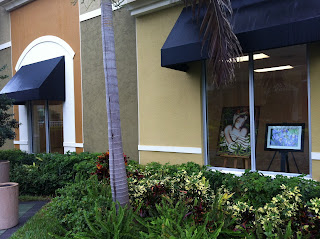 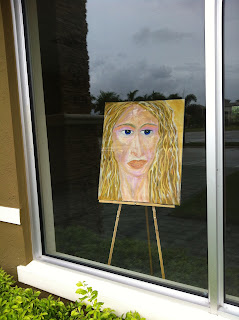 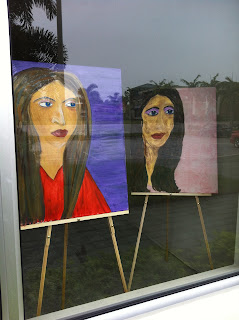 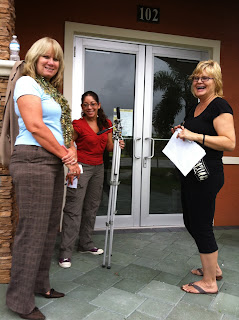 monthly art walk A may be launched by January, allowing the public to meet the artists. There's a built-in following right behind the plaza, with some 2,000 people in more than 600 apartments.
"You've got to get creative," said Coles-Dobay,
who connected the artists with Olen Properties, the developer. She's encouraged other retail developments to form similar partnerships.
No others have developed so far, she said.
Organizers hope the artwork draws people who end up patronize existing businesses. That, in turn, can draw entrepreneurs to the vacant retail spaces, organizers say.
Although these art installations are temporary, artists would be given enough notice and allowed to move to another empty storefront if a business moves in, said Bobby Jones, Quantum marketing director.
"It's a win-win situation for everybody," he said, "It draws more people to the area; it gives [artists] exposure. It's been a nice addition here.
A cigar lounge and a community pharmacy will open soon and Quantum is negotiating with two restaurants to open there.
"The idea is to plant the seed in Quantum. The idea is to grow and expand to the whole city," said Sergio Cervantes, a Miami photographer displaying there.
Robert L. Lynch, president and CEO for Americans for the Arts, a nonprofit organization that promotes the arts, says the arts stimulate more than just the economy.
"Art in an unexpected place in a downturn economy gives hope. You have the opportunity to see something very positive, usually very animated and exciting," he said, "If you simply listen to the financial news, you could get pretty much a sense of hopelessness. I think, in a way, the art just being there, just that energy gives people a sense that we're moving forward. These bleak times won't be there always."
epesantes@tribune.com or 561-243-6602.
Posted by Rolando Chang Barrero at 8:13 AM