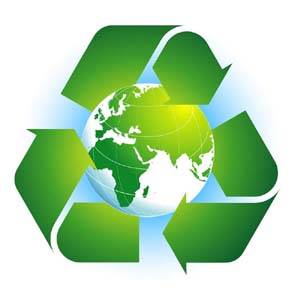 Much is being said about Boynton Beach's recent developements, as their new branding promise begins to soar. The chatter amoung those in "the know," is high spirited and optimistic.  Since last month the City of Boynton Beach has been slowly presnting the public with one achievment after another.  These milestones are ground breaking advances for Palm Beach County!

Breeze into Boynton Beach!
You may what to live where the sun cools your home!

Here is what Eliot Kleinberg of the Palm Beach Post shared with us today!


BOYNTON BEACH — Seabourn Cove, going up on the south end of town, has been recognized by the National Green Building Standard
as the nation's largest "green" multi-family community.
The gated 456-unit complex, on 23 acres on Federal Highway, just south of Gulfstream Boulevard and just north of the Delray Beach line, helps revitalize what had been a blighted stretch.
It's expected to have its first tenants by mid-July.
The city's Community Redevelopment Agency gave the site's developers tax money used to encourage "green" projects.
Developers say the complex design will immediately result in about a 40-percent drop in individual power bills over comparable complexes.
They hope one day to reach "net zero;" power generated by solar panels and other sources would provide electricity to all residents in the complex.
Seabourn also will feature a 20 percent to 25 percent reduction in individual water bills.
All garages in the 300 town homes will have electric car charging stations; two more will be in a common area.
A system will collect and filter rainfall and return it to a fresh-water supply beneath the property instead of draining it into the nearby Intracoastal Waterway.
The complex also will feature a quarter-mile-long "eco-art" promenade along its eastern boundary that will link to the city's planned Blueway/Greenway pedestrian trail and its counterpart just south in Delray Beach.
The complex is being built in partnership with the city's Climate Action Plan; officials say it's the first such public-private collaboration in Florida.
Because the city doesn't have the power to require such "green" measures from private business, it and the city's CRA offered Seabourn Cove's developers property-tax rebates totaling about $2 million over the next decade, which will cover much of the $2.7 million the developer will spend on the energy-savings program.
Developers say it, in return, will build a complex that should increase property tax values.
Seabourn is one of two developments in that area. The other: The Estates at Heritage Club, single-family houses and town homes at the northwest corner of Gulfstream Boulevard and Old Dixie Highway.
Both projects originally had been slated as condos.
They and a 93,755-square-foot 24-hour Walmart across the street that opened late last year serve as bookends of an intersection once known for an adult nightclub, closed stores and empty lots.
The work can't come at a better time. While in the works for several years, it helps provide positive images for a city that was slammed by the real estate slump; by the 2010-11 budget year, the city's total property value was 40 percent that of a 2007 peak.
Depressed value means less tax and fee revenue, and the city had to slash budgets, reduce services and conduct layoffs.
While there's a long way to go, the city's interim development director told commissioners at a March meeting that construction activity is up considerably.
By ELIOT KLEINBERG
Palm Beach Post Staff Writer

For More information visit ActivistArtistA.com
Posted by Rolando Chang Barrero at 8:21 AM