Inspired by...
"The Beat Generation"

ActivistArtistA on Reverbnation Become a fan!! 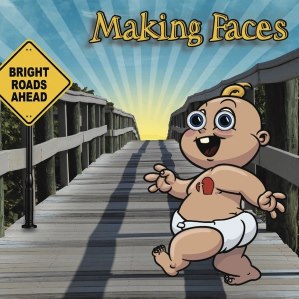 MAKING FACES is from West Palm Beach, Florida. Their music infuses flavors of rock, reggae, funk, surf, hip-hop and more...overlapping genres while retaining a characteristic sound. Their full length album "Bright Roads Ahead" was released in February 2012. Making Faces has been enjoying their journey, and believe that music is very powerful and influential, and want to impact the world in a positive way.