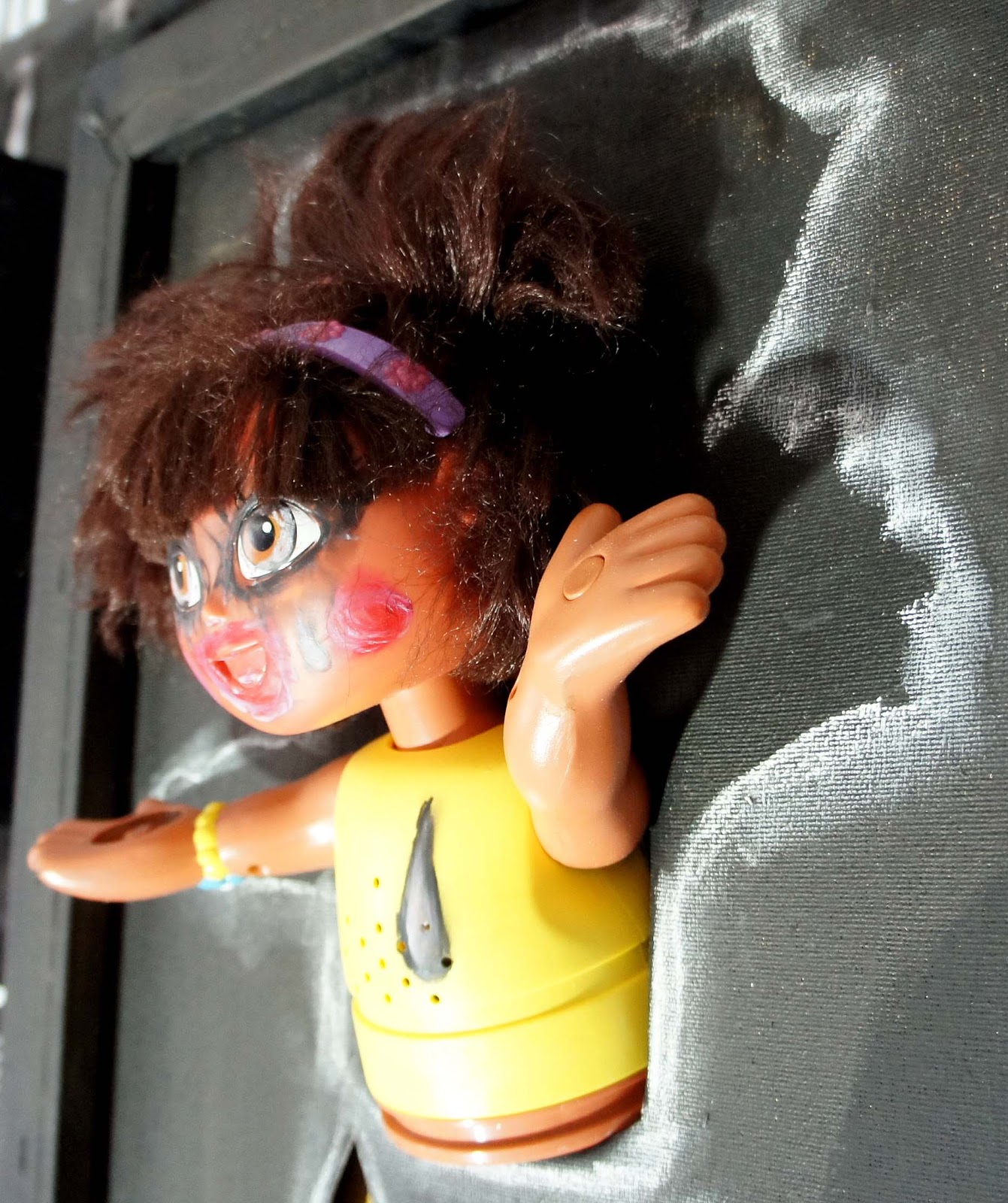 By TRICIA WOOLFENDEN
South Florida artist Virginia Erdie strives to be "a little bit of an activist" with her work. It's fitting, then, that her art has ruffled a few feathers along the way. Her next major installation almost didn't see the light of day. 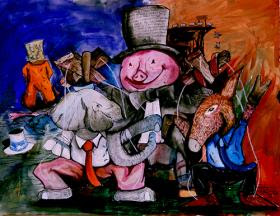 Enlarge image
Credit EVol i ART
'Baby Whores and Other Political Commentaries' will feature work by EVol i ART, plus many others.
The installation, "The Evolution of Oppression," was initially scheduled to open April 1 in Pembroke Pine's Studio 18. Erdie kept space in the city-sponsored facility until one socially charged piece in the project proved too provocative for the studio's family-friendly message.
Gallery officials asked her to omit the piece, which uses a baby doll to make a statement about sex trafficking and human exploitation. Rather than censor her work, Erdie relocated to McCormick Place in Miami. The installation, meanwhile, will appear as part of ActivistArtistA's Baby Whores and Other Political Commentaries opening this week in Boynton Beach.
Erdie says she is "very happy" with her relocation and said there are "no ill feelings" between her and the folks at Studio 18. She is relieved to be in an atmosphere where she can feel free to make an "educational statement" even when it may be tough for some audiences to stomach.
"The Evolution of Oppression" fits right in at Baby Whores, a group show that addresses a variety of social, political, and cultural issues. The show features sometimes-confrontational works by The Kwak, Barbie, eVol i Art, Bjorn Davidson, Cary Polkovitz, and ActivistArtistA studio owner Rolando Chang Barrero, among others.
Erdie, who grew up in a small town in West Virginia, received her Bachelor of Fine Arts from the Maryland Institute. She moved to the Midwest to pursue a Masters degree in art/art therapy from the School of the Art Institute of Chicago. Harsh winters drove her to South Florida in the mid '90s and she's spent much of her career here.
In addition to being a professional artist, Erdie continues to work as an art therapist. Her students have included everyone from autistic children to the mentally ill and incarcerated adults. Her empathy for society's overlooked demographics shines through in her more socially-conscious works.
"A lot of my work has been about social issues," Erdie said. This has included satirical paintings and other pieces that confront "commercialism, greed, sexual abuse, and oppression." As her career progresses her work has become more minimalist. And while her messaging in recent years has become less "blatant" and "disguised so you can't see what's going on," the pieces featured in Baby Whores confront the issues head on.
"I want to make a point about sex trafficking," Erdie said.
Baby Whores and Other Political Commentaries -- featuring "The Evolution of Oppression" -- will open Thursday with a reception from 7 to 10 p.m. at ActivistArtista gallery located at 422 West Industrial Ave. in Boynton Beach. The show continues through April 19.
TAGS:
human trafficking


censorship
Posted by Rolando Chang Barrero at 5:43 AM